After Y2K (the year two thousand), the world witnessed a lot of changes. A lot of cultural influences both from the west and east saw a great high. It was around approximately the same time or a little later. The word Guru and many other such Indian words were a part of the Oxford English Dictionary. Besides, the first meaning for the word Guru as per the dictionary being “A Hindu spiritual leader”. But in reality, the word Guru, like Dharma is a lot more different in Sanskrit. A Guru in Sanskrit means the one who dispels the darkness and takes us towards the light.

To speak about this most revered person, Guru (according to Indians) is a respectable task. We have stories of Ekalavya, who aspired his dream from Dronacharya. Ramakrishna Paramahamsa, the Guru of Swami Vivekananda was waiting to meet him and mentor. 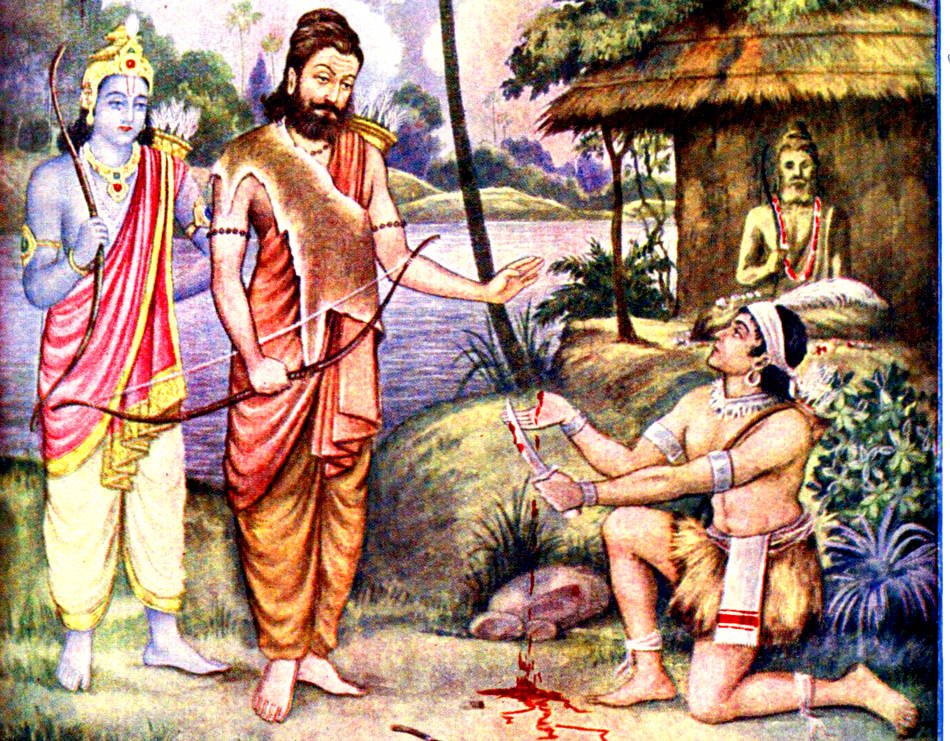 There are many such incidents in the history of India. We should understand the importance given to a Guru. Before reciting any Shloka or for that matter, Vedas, we have always remembered our Gurus. For instance, we render the following phrases before starting to recite the Vedas, always.

Guru is the first person whom we pray even before any god. Since this article is more about Guru Purnima’s speech with related stories, let us start with one. 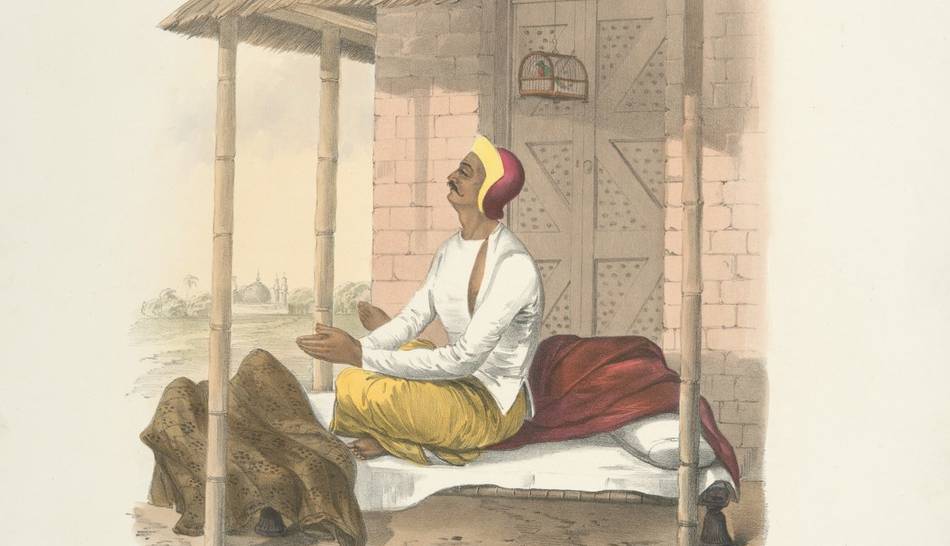 A young boy had a keen interest in learning the Vedas. He went to a Gurukula following this interest. There, he met with his Guru. His interest materialized and doubled. Because he found a renowned Guru who was adept at Shastras.

He went to his Guru and said he would like to learn Vedas. The Guru said it was not a year or a two-year course and that he had to stay there for twelve years to learn Vedas. Further, he asked if the Shishya was ready. The Shishya wanted to start learning immediately and the training started. In those days, to learn, the Shishyas used to reside at Guru’s place, which was called Gurukula. Similarly, he stayed at his Guru’s place. Twelve years went by. He finished learning the Vedas. Now it was time for the examination, also called Pariksha in Sanskrit.

The student was happy, as this was a new kind of examination. Being very excited, the Shishya followed his Guru’s direction. He went, stood below the tree. Before he started reciting the Vedas, he remembered that he had to invoke Lord Ganesha. He started by invoking Ganesha. But, the moment he invoked, the tree had shed all the leaves. Baffled by this incident, he went back to his Guru’s chamber and narrated what had happened.

The Guru smiled and said, before even invoking Ganesha, remember your Guru. Meditate on the person who showed you the path. The Guru is the most important person than anyone else. So, the Shishya understood the last lesson from the Guru and acted accordingly throughout his life.

Why do we celebrate Guru Purnima? 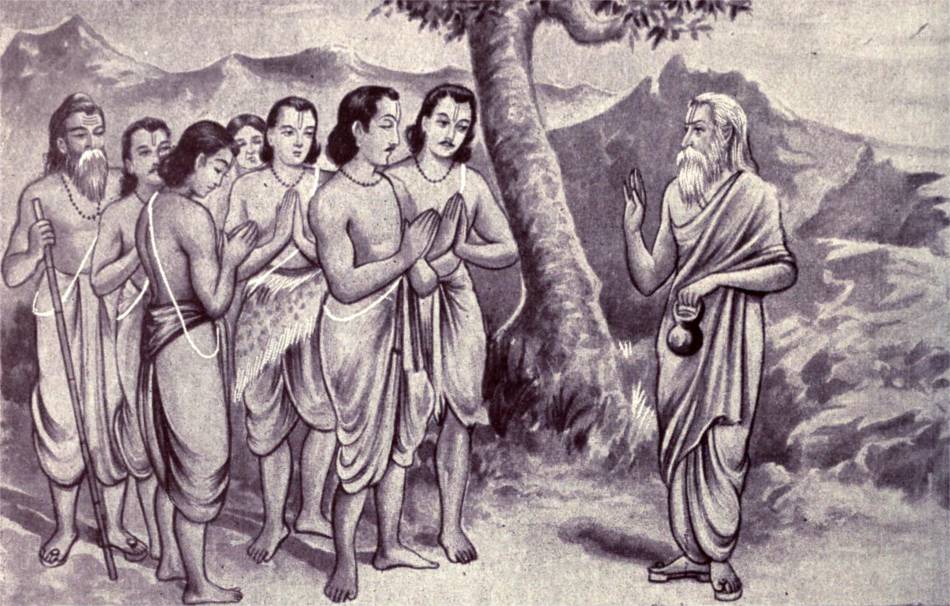 Now that we learned the importance of the Guru in our lives, let us move on to why Guru Poornima. Well most of us all know that Guru Purnima is a day when our dearest of Gurus was born. Yes, it is also known as Vyasa Purnima. Vyasa was a great Maharshi. This shloka talks about who he was, in other words, his lineage.

Vyasa is the great-grandson of Vasishta and the grand-son of Shakti. He is the son of Paraashara and the father of Shuka. I offer my obeisance to that Vyasa who is free from all defects and is a treasure of austerities.

He was born to a fisherwoman Satyavati and Parashara Maharshi in an Island in the Yamuna River. It was a Purnima when the moon is at his full. Vyasa is not his actual name. It is just a title that he got for classifying the Vedas. His real name was Krishna Dwaipayana. Krisha because he was black in color and Dwaipayana because he was born on an island in the Yamuna river.

Veda Vyasa was the sage who gave this world this Store-house of realism, wisdom, and compassion. He is still looked upon as the guide to whoever has read his works.

Vyasa, the Universal Guru, and his works

An extract from a Sanskrit Shloka says, “Vyasocchishtam jagat sarvam” meaning, there is nothing under the Sun that Vyasa has not touched upon. Which actually means, Veda Vyasa was having knowledge about anything and everything on earth. In fact, we need not study all the works to understand this. Just the Mahabharata has an exhaustive list of stories that were relevant, are still relevant and will be relevant in the days to come.

Following are some of Veda Vyasa’s work:

Apart from the four Vedas and Mahabharata, Vyasa is attributed to many other works:

Vyasa also set an example of how a Guru should be. His whole life depicts this. Throughout, he was of help to someone or the other at his time. He was the person who is attributed to have passed on major records to the generations to come.

Guru Shishya Parampara from India is a special contribution to the world. As told earlier, Gurus have been at the forefront of guiding and sharing knowledge. Shishyas, on the other hand, has never let go of their ego in their learning days. This is the very reason for the knowledge transfer from generations together.

Surdas, his Guru and Anger

Surdas was a famous poet and a great devotee. But, in his younger days, he has had his anger at his peak. He wanted to learn spirituality. So, he approached a Guru and requested that he teach him spirituality. The Guru found out that Surdas had a lot of good qualities. With that he also had anger. He decided to bring down Surdas’s anger. So, his Guru asked Surdas to chant god’s name in addition to whatever activity he does for a month. After a month, he instructed Surdas to meet him.

Surdas was eager to learn spirituality. Therefore, as instructed he started chanting god’s name with whatever activity he was doing. After a month he went to meet his Guru. On his way, a sweeper was cleaning the road. When Surdas was going by his side, by mistake he threw dirt on his clothes. Surdas angrily scolded the sweeper, changed his dress and went to meet his Guru. In the meeting, Guru told him that he was not yet ready to learn spirituality and asked him to repeat.

Surdas again followed the instructions of chanting god’s name. A month passed by. He went to meet the Guru. On his way, the same thing happened again. Surdas scolded the sweeper, changed his clothes and went to meet his Guru. His Guru asked him to repeat it again. After a month, however, Surdas did not scold the sweeper this time. Instead, he thanked the Sweeper that he had overcome his anger.

After this incident, when Surdas approached his Guru, he said that he was ready to teach him spirituality and that Surdas was his disciple. Like this, the Guru and Shishya both were contributing to spreading knowledge by retaining the culture.

How were Gurus testing Shishyas? 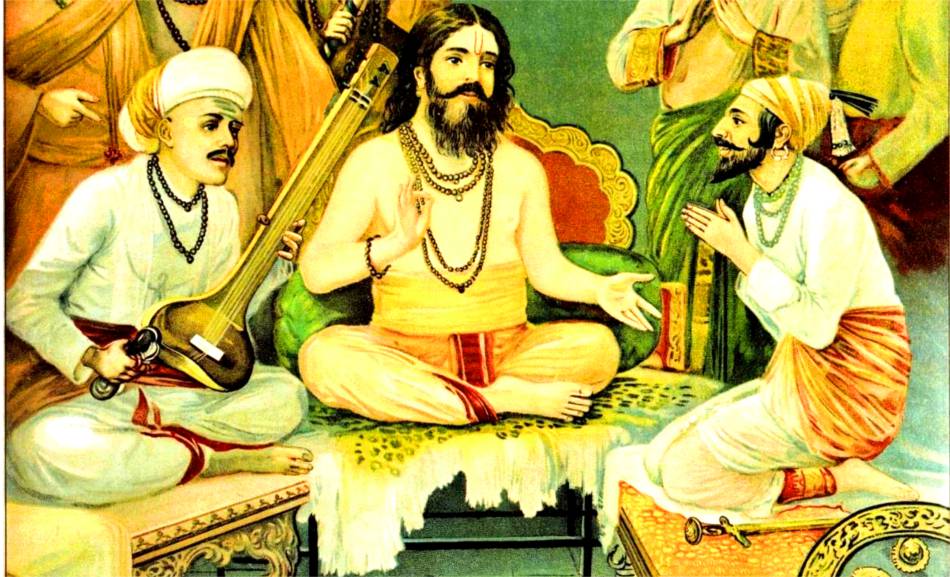 Some times there have been incidents of tests, where gurus used to test their disciples. Let’s read one such incident between Samarth Ramdas and Shivaji. Ramdas always used to praise Shivaji. He was his favorite disciple. Moreover, Shivaji was a devoted disciple of Samarth Ramadas.

Shivaji and his Guru Ramdas

This lead to the jealousy of other disciples of Ramadas. They always thought that their guru is partial towards Shivaji because he was a king. So, his guru wanted to teach their other disciples a lesson.

One day, Ramdas took his disciples to a forest. They went deep inside and they got lost. Ramdas went into a cave and pretended like he was not well. All his disciples came forward to help their guru who was unwell. They got to know that he was suffering from extreme stomach pain.

Out of concern, they asked what they could do to cure it. They were surprised to hear what the guru said. All the disciples lied down with nothing getting materialized. Meanwhile, Shivaji left his fort. He came to know about his guru. He went to the forest in search of his guru and searched for him. After a long time, he heard his guru shouting from a cave. He went in search of the cave, went inside and saw his guru suffering. Immediately he learned about the cure – that he has to get Tiger’s milk.

He immediately set for mission tiger. After a long search, he found two tiger cubs. He got a confirmation that there has to be a tiger close by. Very soon, the tigress he was waiting for came to the cubs. Though Shivaji was not afraid to fight with the animal, he held himself back as it would not solve the problem. He then bowed down his head and requested the tiger to cooperate. The tigress responded well to that gesture of Shivaji. The tigress understood the plight of Shivaji and licked him. This was a positive signal from the tigress. He took the milk and went to Ramadas.

Ramdas looked at the tiger milk that Shivaji got. This was enough to prove that Shivaji and his guru shared a different relationship than any of his counterparts. The other disciples were awestruck at this.

In conclusion, the Guru Shishya Parampara is very important for any nation to flourish. As always, let us teach the whole world our special meaning of Guru, even if it is 2K or more…

1 The culture behind Lighting the Lamp 2 Prayer Room built, in Indian Houses 3 Usage of Namaste for greeting in Indian Culture 4 Prostrating the Lord and its values 5 The tradition behind applying marks on the forehead 6 The ancient tradition of offering food to the lord 7 The reason behind Pradakshina (Circumambulate)…

Introduction He is the saint who installed the idol of Sri Krishna at Udupi in Karnataka. The Philosophy he preached was previously known as ‘ Tatvavada’. Now it is known as ‘Dwaita’. He lived seven hundred years ago. He boldly said to a Muslim king: “By whatever name you may call, God is One.” He…

Introduction A great saint who lived only for his God Vitthala. He faced a variety of difficulties with astonishing patience. He refused diamonds and opals offered by Shivaji Maharaj himself. His devotional songs are an invaluable contribution to Marathi’s spiritual literature. That day the children of the lane were overjoyed. There was plenty of sugarcane….

1 Shruti Box 2 Tamburi or Tanpura 3 Veena 4 Sitar 5 Violin 6 Rudra Veena 7 Ektara 8 Rabab 9 Sur Shringar 10 Sarangi 11 Flute 12 Nadaswaram 13 Alghoza 14 Shringa India is known for its diversity. In fact, the name India is a recent name given to us by the Britishers. India…

Introduction Namdev, who lived during the end of the 13th century and the first half of the 14th in Western Bharat, is one of the country’s best-known saint poets. A contemporary and associate of Jnanadeva and other great mystics, Namdev lived in constant communion with Lord Panduranga. Hundreds of ‘Abhangs’ (devotional songs) composed by him…

Introduction Sons of Rama and Sita. After Rama sent away Sita, who was pregnant, to the forest, the twin children were born to her in the hermitage of sage Valmiki. Desirous of performing the Ashwamedha (Horse) sacrifice, Rama sent across the country the sacrificial horse demanding allegiance from all. Lava and Kusha tied the horse…