Lord comes in the form of a big fish and saves every species on the earth so that it can populate again in the world, without which the world would have taken a lot of effort again to come back to its regularity.

Vishnu takes the form of a turtle to support the mountain from sinking.

The Lord comes to support mount Mandara in sinking. He supports coming in the form of a turtle under the ocean and does not let the mount Mandara sink in any case.

Varaha is a kind of a boar that is very strong.

When the demon Hiranyaksha steals Vedas and hides mother earth Lord Vishnu arrives at the right moment to restore the submerged earth from the vast ocean of sins. This is the right meaning that we can arrive at from this avatar.

To which Brahma obliges. Now, he considers himself the supreme god and forbids the worship of any god, especially of that of Vishnu.

“Where is God?” He further asks if he is here in the palace, in the court, in the seats and finally Pillar.

Narasimha is a combination of the trinity gods:

The most humble and innocent looking person can have a more spiritual strength that even the most powerful gods or kings possess.

Parashurama, as opposed to an avatar, can be better classified as an Avesha Avatar. Parshuram was born to Renuka and Rishi Jamadagni who was from the lineage of that of Brahma himself.

They named their fifth son as Ramabhadra.

The tyrannical and oppressing kings who were full of attitude were killed mercilessly by this Avatar thereby bringing back peace and prosperity on earth.

The story of Maryada Purushottam was born in Ayodhya to Dasaratha and Kausalya. Since we know Ramayan, let us try to understand some lesser-known facts about this great king who was in the forest for fourteen years on request by his father. Lakshmi, the goddess of wealth and prosperity accompanies Lord Ram as Sita, his wife.

Ramayana happens to be from the Third yuga of the four Yugas that is a time scale measured in the Indian time system.

That famous deity who is remembered for his wits and naughtiness in the form of butter and Knowledge and wisdom in the form of Bhagavad Geeta that he narrates to Arjuna. We all know the story and it is written in detail in Srimad Bhagavata, the story of Sri Krishna. Going through the Scripture is in itself a very interesting read. Knowing about Sri Krishna in itself a great source of wisdom. Let us find out some of the little know facts about Sri Krishna;

Many of Buddha’s teaching was brought down to the next generation orally until four hundred years after which things came out to be documented. This is how things were being done in Sanatana Dharma.

The ancient four sages are collectively called as Sankaadi Sages. They are:

They are born from the Mind of Brahma. Therefore, they are also called as Manasaputras.

Further to this, he was welcomed by one and all and was unstoppable.

There are three stories associated with Hayagriva (neck/face of the horse), the god of knowledge.

Phew, these were the stories of the twenty-four avatars of Lord Vishnu, that not many of us are familiar with. Hope this knowledge could initiate you to learn more about philosophy and diversity, the very backbone of this nation.

Introduction Maharshi Karve lived for a hundred and four years. After he completed his education he pledged his life to the service to others. He chose poverty and walked the path strewn with criticism and opposition; he wiped others, tears, he brought education, equality, honor, and joy into the lives of many people. There was… 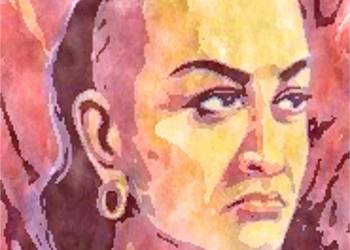 Introduction He vowed to dethrone the haughty king who was harassing the people of the land. After fulfilling that vow, he made Chandragupta, the Emperor. He brought Amatya Rakshasa from the enemy camp to serve as Chandragupta’s Prime minister. His ‘Arthashastra’ is a classic of statecraft and is reverently studied even in Europe and elsewhere….

Introduction The revolutionary who taught that right conduct is heaven. He declared that work is worship and taught the ideals of simple living and the equality of all men. And he practiced what he preached. Do not steal, Do not kill. Do not utter lies; Do not lose your temper. Do not detest others; Do…

Introduction He is the saint who installed the idol of Sri Krishna at Udupi in Karnataka. The Philosophy he preached was previously known as ‘ Tatvavada’. Now it is known as ‘Dwaita’. He lived seven hundred years ago. He boldly said to a Muslim king: “By whatever name you may call, God is One.” He…

Introduction An Indian scientist who won fame in many countries. Eighty years ago he began the manufacture of medicines in India. A great teacher, he gave his salary to students interested in science. A great man and a true patriot. A Professor of Chemistry at the University. A pioneer in the field of the pharmaceutical…